It’s day 10 of the Minimalism Game…how’s the decluttering? Hope it’s great! I’m sticking with it. If it doesn’t bring me JOY, it is out of here! 30 things are GONE so far! Woohoo! If you haven’t joined the fun, start where you are. Here are the instructions…

Here’s a great article about simplifyin your life! So much clutter, so little time. Stop it! I’m in! Thanks BayArt!
Mo

I love the Minimalism guys! Let’s play their game for September!  I welcome  your comments on your progress throughout the month! Inspiration to simplify is on the way, one day at a time!

Here’s how it works …

Find a friend or family member: someone who’s willing to get rid of their excess stuff. This month, each of you must get rid of one thing on the first day. On the second, two things. Three items on the third. So forth, and so on. Anything can go! Clothes, furniture, electronics, tools, decorations, etc. Donate, sell, or trash. Whatever you do, each material possession must be out of your house—and out of your life—by midnight each day.

It’s an easy game at first. However, it starts getting challenging by week two when you’re both jettisoning more than a dozen items each day. Whoever can keep it going the longest wins; you both win if you can make it all month. Bonus points if you play with more than two people.

My sadness over the reality of our divided society overwhelmed me today as old lyrics rang in my ear, in the form of an old favorite song, Us and Them, by Pink Floyd. I used to listen to this song, hour after hour, with giant headphones, with my best friend, Leslie, back in the 70s. We loved that song’s ability to take us to another place. Its ethereal sound soothed us. The words were, well, just words, back then.

Imagine my surprise today when the same song, the same sounds and the same words ripped me out of relaxation to a horrific state of revelation. These words embody my greatest fears and disappointments in our current society’s state of affairs.

Take a look at these prophetic words:

“Us (us, us, us, us) and them (them, them, them, them)
And after all we’re only ordinary men
Me
And you (you, you, you)
God only knows
It’s not what we would choose (choose, choose) to do (to do, to do)
Forward he cried from the rear
And the front rank died
And the general sat
And the lines on the map
Moved from side to side
Black (black, black, black)
And blue (blue, blue)
And who knows which is which and who is who
Up (up, up, up, up)
And down (down, down, down, down)
And in the end it’s only round ‘n round (round, round, round)
Haven’t you heard it’s a battle of words
The poster bearer cried
Listen son, said the man with the gun
There’s room for you inside

“I mean, they’re not gonna kill ya,
So if you give ’em a quick short, sharp, shock,
They won’t do it again. Dig it?
I mean he get off lightly, ’cause I would’ve given him a thrashing
I only hit him once! It was only a difference of opinion, but really
I mean good manners don’t cost nothing do they, eh?”

Down (down, down, down, down)
And out (out, out, out, out)
It can’t be helped that there’s a lot of it about
With (with, with, with), without
And who’ll deny it’s what the fighting’s all about?
Out of the way
It’s a busy day
I’ve got things on my mind
For the want of the price
Of tea and a slice
The old man died.”

A blog commenter, “SkinnyD,” put his two cents in, eleven years ago, giving his best interpretation of this, “oldie but goodie.” He wrote:

“Timeless poetry such as this has many levels of meaning.
Laid out before us by the artist so succinctly, yet so sublime.

All of us can see the reference to the nature of war, its cruelty, and futility.
However, I believe there is a more primal meaning to these words. It’s more about human nature, rather than the nature of war.

The “Us and Them” verse refers to how groups (tribes) of humans can be cruel to one another, but as individuals we like to think we would not act this way.

The “Black and Blue” verse refers to how, from the beginning of time and until its end, individuals are drawn to congregate and called to war. We like to think that as individuals we are called to war by our dehumanized leaders with their wicked words.

The “Down and Out” verse is the clincher that exposes one cruel aspect of human nature, greed. The greed of nations cause war and we can’t deny that is what the fighting is all about. Yet, in our personal lives, our greed can blind us to the suffering of the needy within our own society with people dying for the price of tea and a slice.

I believe the lyrics examines how we like to think of ourselves as individuals and how we truly act on a personal level.”

I agree, SkinnyD. If you’re still out there, props to you. Thank you for expressing what many were feeling then, and today.

Maybe I will cc my old BFF, Leslie, and get her opinion, after all these years. She probably feels the same…

Readers: What do you think about our world today? Has your view of reality changed for the better or the worse, since childhood? 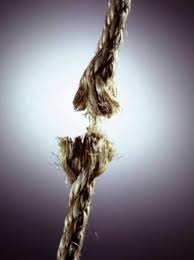 She let go. Without a thought or a word, she let go.

She didn’t promise to let go. She didn’t journal about it. She didn’t write the projected date in her Day-Timer. She made no public announcement and put no ad in the paper. She didn’t check the weather report or read her daily horoscope. She just let go.

No one was around when it happened. There was no applause or congratulations. No one thanked her or praised her. No one noticed a thing. Like a leaf falling from a tree, she just let go.

There was no effort. There was no struggle. It wasn’t good and it wasn’t bad. It was what it was, and it is just that.

In the space of letting go, she let it all be. A small smile came over her face. A light breeze blew through her. And the sun and the moon shone forevermore.

Thanks to Kristen for this timely piece. I am ready for the GRIND experience! Go grab those dreams!

What do you want? How badly do you want it? What are you willing to sacrifice? These are the questions we must ask not once, but daily. There is no success without the GRIND.

Do you sleep well? Having been an insomniac  for years, I am sleeping well now. Why? What changed? Let me share.

Several years ago, I read Dr Andrew Weil’s book, Healthy Sleep, and learned that my brain is not a computer that I can simply power down at will.  It takes attention to a bedtime routine, time, temperature, environment, and consistency to “shut ‘er down.”

I was at first quite skeptical. However, trying to remain teachable, I gave it a try. I now sleep like a baby. It wasn’t a quick fix, but after some time (about a 2 week commitment), I am a true believer.

My top three suggestions are daily exercise (a 25 min walk) before 6pm and no screen watching one hour before bed. It is a brain stimulant. I also meditate (love the free Insight Timer app) or read briefly, in low light, nightly during the hour before my established bedtime, and I use the “brain dump, ” in which l write out today’s problems and proposed actions to take for solution tomorrow. My phone sets to silent one hour before sleep. No calls, period. See below for more tips that changed my sleep for the better, ’cause if Momma ain’t happy…you know the deal!

What are your “go-to” rituals for healthy sleep? Please share!

The following are some of the best possible insomnia remedies:

Some additional suggestions reblogged are:

Having a set bedtime routine will allow you to go to bed with a clearer head and rest better knowing you’re already set to face the next day.

I know, you may be thinking I’m asking you to add more work and activity to your day when you’re barely able to get to the bed before you crash for the night. I get that. But what I’m suggesting is that you just start by adding maybe one or two things to your routine at night that will help to set you up for a better day tomorrow.

You’re bedtime routine has less to do with an actual list of set activities but rather how you clear your head before it hits your pillow. Sleep issues accompany so many chronic illnesses and the things you do in the last few hours of your day will impact the rest you get at night.

Start out by picking one or two of the following examples. Try it out for a few nights and see if it has a positive impact on your sleep and mental relaxation!

Here are a few examples of things you can include in your bedtime routine:

I’d love to hear what you include in your bedtime routine. Leave a comment below and share your best tip for relaxing and clearing your mind to ensure a night that’s as restful as possible!

a gentleman and a scholar

trans politics, too many books, a great deal of music, assorted ephemera.

A blog of introspection

A Fashion Blog for Women over 40 With Big-Busts, Apple-Shapes and Style!

Thoughts and Tales...A Lifestyle Blog with a Zing.

Let's work together to overcome PTSD, panic, anxiety, depression in ourselves and others.

The Nerds of Color

Pop Culture with a Different Perspective

a place to reflect

Navigating life after Mormonism and addiction recovery. (It's a trip.)